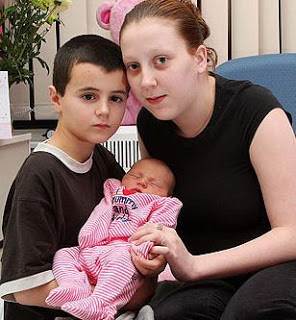 13 year old Alfe Patten, a British citizen who is just four feet tall and looks even younger than his age has now become a proud father of a baby.

Report says Alfe might not be the youngest father so far as Sean Stewart from Sharnbrook in England became the father of a baby boy at age 12 in 1998.